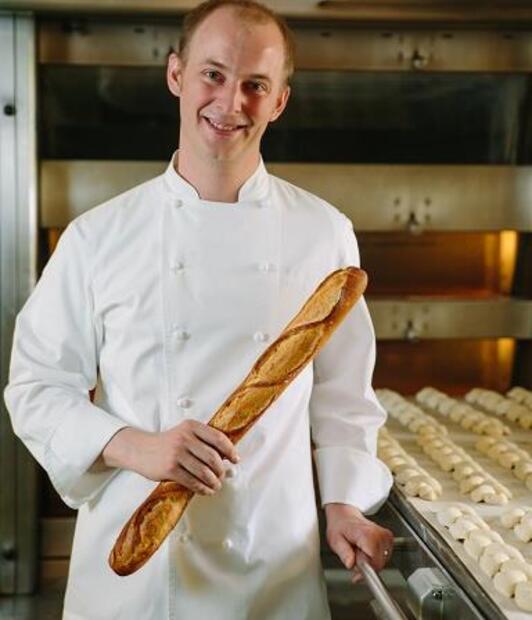 Francois Hiegel is the executive head baker for Thomas Keller's restaurants where he oversees the bread program at Chef Keller’s fine dining restaurants, The French Laundry and Per Se, as well as the bread production at Bouchon Bakery, which has locations in Las Vegas, New York and Yountville, CA. He develops recipes, manages a team of bakers across the country and thrives on the organization required to make bread consistently in several different climates.

When he was 16, Francois worked as a pastry and bakery apprentice at Boulangerie Pâtisserie Zimmermann, in Alsace, France.  In 2008, he earned his diploma in Baking and Pastry Arts from the Centre of Apprenticeship Training (CCFA) of Eschau, France.