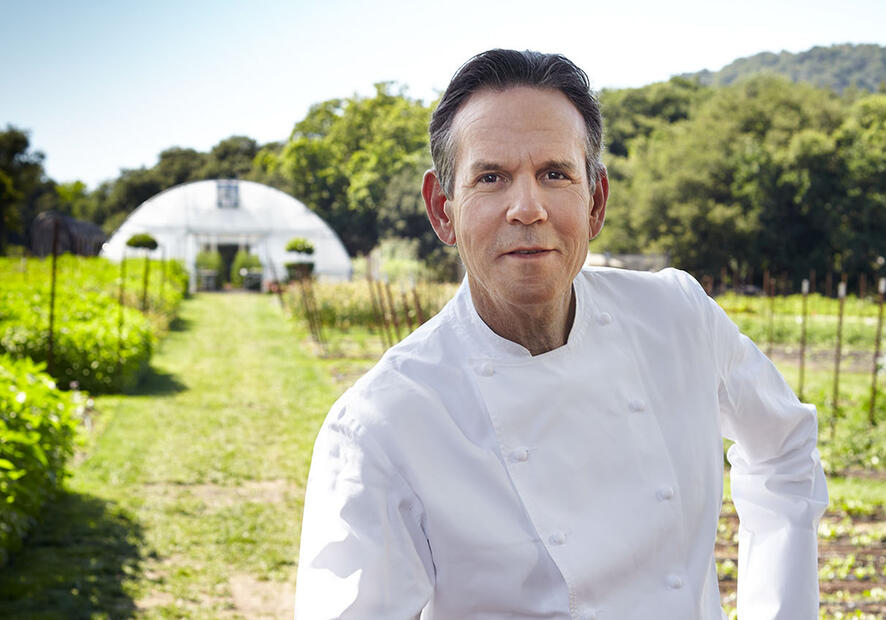 Chef Thomas Keller is renowned for his culinary skills and high standards. He has established a collection of restaurants that sets a new paradigm within the hospitality profession. Now celebrating its twenty-six year, Keller took ownership of The French Laundry in Yountville, CA and quickly garnered worldwide acclaim. His restaurants also include Bouchon Bistro, with locations in Yountville and Las Vegas; Per Se in New York City; Ad Hoc + addendum in Yountville; The Surf Club Restaurant in Surfside, FL; Bouchon Bakery in Yountville, Las Vegas and in the Middle East; and the Mexican eatery La Calenda in Yountville. He is the first and only American-born chef to hold multiple three-star ratings from the prestigious Michelin Guide, as well as the first American male chef to be designated a Chevalier of The French Legion of Honor. He has received countless accolades, including The Culinary Institute of America’s “Chef of the Year” Award and the James Beard Foundation’s “Outstanding Chef” and “Outstanding Restaurateur” Awards. In 2017, Keller led a team from the United States to its first-ever gold medal in the Bocuse d’Or, a prestigious biannual competition that is regarded as the Olympics of the culinary world. For embodying the state’s spirit of innovation, he was inducted into the 2018 California Hall of Fame. Keller is a #1 New York Times bestselling author with more than 1.5 million copies of his cookbooks in print. His sixth and most recent book, The French Laundry, Per Se, was released October 27, 2020.