The act of cooking is a simple equation:

Execution will always be in the hands of the chef and represents many elements—knowledge, training, experience, skill, tools—that contribute to the cuisine we serve. For an entire team of chefs working in concert to achieve proper execution is both a challenge and a vital aspect of a restaurant’s success, but here I would like to share with you the other equally important side of the equation.

When ingredients arrive at the restaurant they are, in one sense, already finished. At the stove, we have no control over how an animal was raised or the way a peach was harvested. As chefs, all we can do is to carefully select our suppliers and then work with them to ensure we get the best possible ingredients. Developing relationships is a fundamental part of any great chef ’s work and all that we have accomplished through the years has been made possible through partnerships with extraordinary purveyors. Our responsibility as chefs, then, is to support these individuals by executing dishes for your enjoyment that highlight and elevate the fruits of their labors.

Who would fly across the country for a cup of coffee? Brooke McDonnell would. Not only to enjoy the coffee herself, but to make sure others do as well. As the master blender, roaster and co-founder of Equator Estate Coffees and Teas, Brooke, along with partner Helen Russell, was the author of a signature coffee for The French Laundry. When Per Se opened, she went to New York to help set up a dedicated coffee station, calibrating machines to be certain the grind and water temperature were just right and doing one last tasting to ensure the blend she’d devised personified the restaurant.

While a cross-country flight to check on a coffee brew might seem like a long trip, for Brooke and Helen, it’s just another day at the office. Their passports have stamps from every coffee producing country in the world, from Panama to Indonesia. “It’s all about finding the right elements and combining them to create a coffee that tells a story,” says Brooke.

The French Laundry has been collaborating with Soyoung Scanlan and her Andante Dairy for years, and the relationship continues to deepen. Rather than our requesting specific qualities from her products, we often fashion our dishes around the unique flavors and consistencies of her cheeses, such as the goat’s milk cheese she calls Acapella. She also makes extraordinary butter and yogurt solely for our restaurant.

For Armando Manni, olive oil truly is a labor of love. It began soon after the birth of his son Lorenzo. That was when the former filmmaker and Golden Globe winner turned his back on movies to focus on feeding his family. Being Tuscan, using extra virgin olive oil was part of that, but to his dismay, he found that even the best oil he found quickly oxidized, losing most of its health benefits.

So he did what anyone who cares about such things would do—he started handcrafting his own organic olive oil, using special glass bottles that block UV rays and adding nitrogen to prevent oxidation. He sells just 2,500 liters per year to a select group of customers, including Per Se and The French Laundry.

Armando says, “Do I get rich doing this? No. But you don’t need a private jet to be happy. You need the friendship of people who share your values. I am a producer, but in reality I’m a consumer. I owe it to myself, my son and everyone else to make the best olive oil I can.”

It’s just after breakfast, and Diane St. Clair, owner of Animal Farm Dairy, is chatting with the women in her office. There’s Leah and Lulu, and Stella, the new girl. In all, there are seven, not including Diane, and everyone helps with production.

Animal Farm is the smallest licensed creamery in Vermont, and probably the only one in the United States producing farmstead butter. It’s just seven Jersey cows, a tiny herd producing the milk, and Diane, who does everything else.

Calling Diane a micromanager would be an understatement, but to her it’s the ultimate compliment. “I know what my cows are doing every minute of the day,” she says between milkings. “Even where  they’re grazing.” The result is incredibly high-quality milk with a high percentage of butter fat, even for Jerseys, all of which goes into butter bound for either Per Se or The French Laundry. “The girls and I like the feeling that we are contributing to something special. It makes the work fun.” 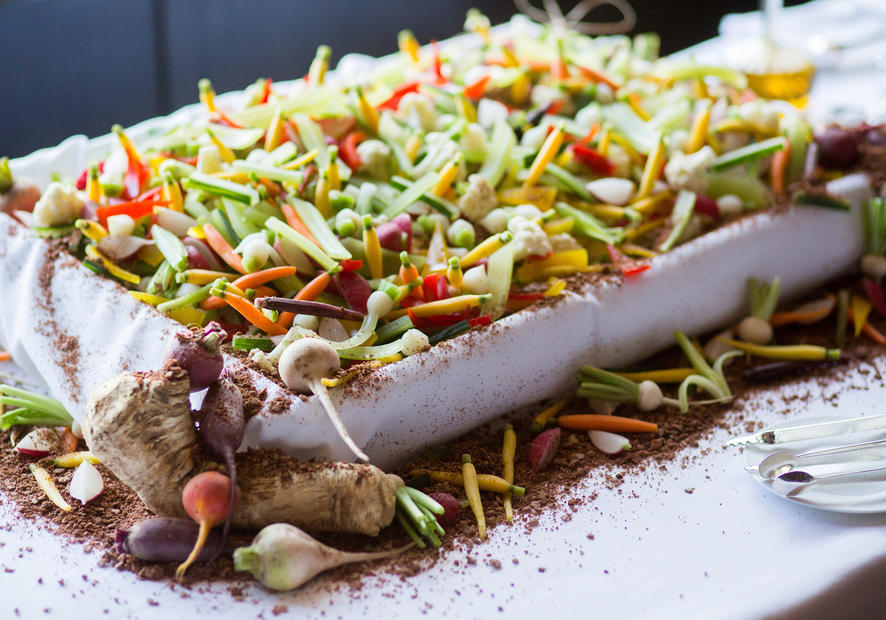