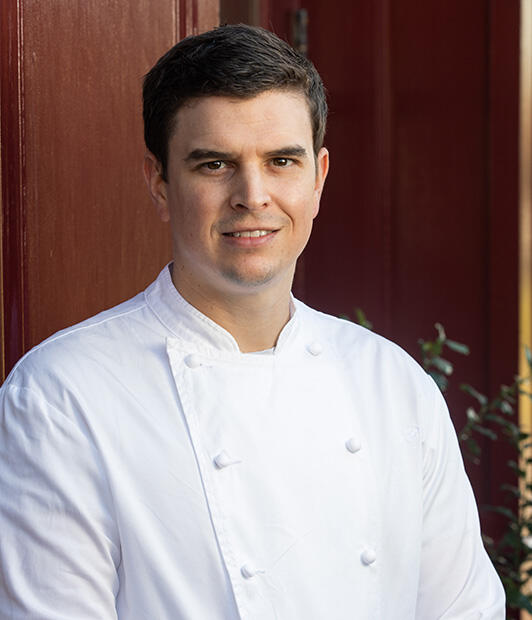 As Chef de Cuisine, Ryan King leads the culinary team at Bouchon Bistro in Yountville. He first joined the Bistro in 2010, where he began as a Chef de Partie. Over the course of nine years, Ryan worked closely with Chef de Cuisine David Hodson, developing recipes and new menu offerings. Looking to expand upon his culinary skills, in 2014 Ryan traveled to Bayonne, France, where he learned the traditional ham aging and curing process at local cooperatives.

In 2019, Ryan moved to the East Coast to join the opening team of a new restaurant venture in Washington D.C. but remained nostalgic for the Napa Valley. In March 2020, he rejoined the Bistro team and in Winter 2021 assumed the role of Chef de Cuisine. Today, Ryan supports the kitchen and dining room teams in daily operations, serving as a mentor while always seeking to improve upon the restaurant’s exacting standards. A Bellingham, Massachusetts native, he holds a degree in Hospitality and Business Administration and a minor in Culinary Arts from Southern New Hampshire University.