Chef Thomas Keller visited Yountville, California, in the early 1990s to find a space to fulfill a longtime culinary dream: to establish a destination for fine French cuisine in the Napa Valley. In his travels, he came across a rustic two-story stone cottage. As he walked into the restaurant’s quaint courtyard, he knew it was where he had been headed throughout his career.

The French Laundry, a 1,600 square-foot structure constructed of river rock and timbers, was built as a saloon in 1900 by a Scottish stonemason. The building later served as a residence, and during the 1920s operated as a French steam laundry. In 1978, town mayor Don Schmitt and his wife Sally renovated the structure into a restaurant, which Keller then purchased in 1994.

The menu, which changes daily, commits itself to serving classic French cuisine with the finest quality ingredients, along with a similarly intense focus on impeccable guest service.

Since 2007, the Michelin Guide has awarded The French Laundry their highest rating of three stars, making Chef Thomas Keller the only American-born chef to have two three-starred Michelin restaurants. The James Beard Foundation gave The French Laundry the highly coveted “Outstanding Restaurant Award” and awarded Chef Thomas Keller “Outstanding Restaurateur” in 2007. Since 2007, the restaurant has been the recipient of the Wine Spectator Grand Award.

The French Laundry is a member of French-based Relais & Chateaux, Relais Gourmands and Traditions & Qualité; organizations recognized for their dedication to maintaining the highest international standards for hospitality and culinary excellence. 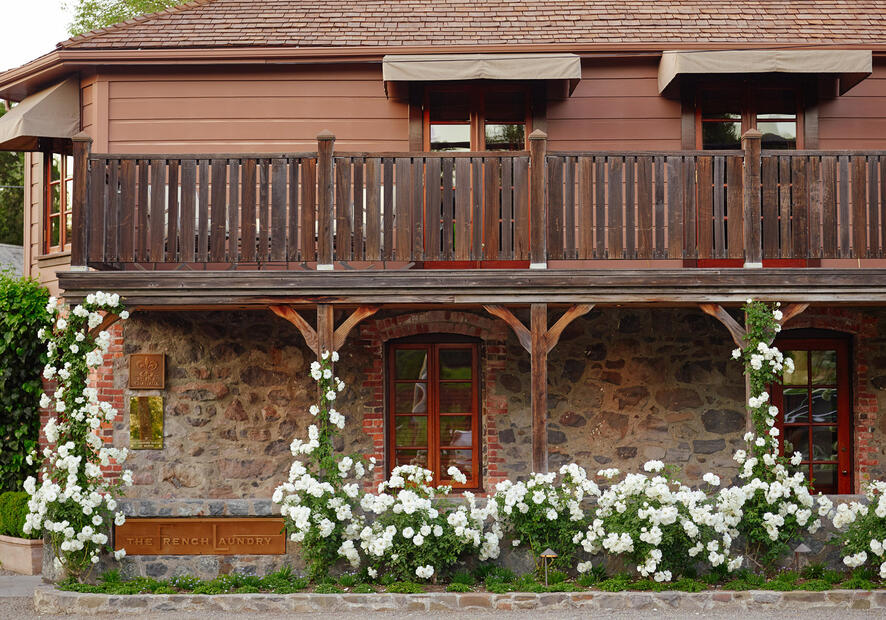