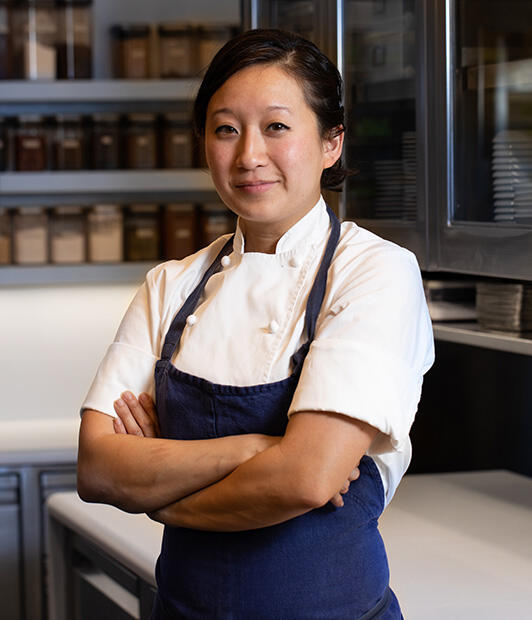 Sandy earned a BA in Social Ecology from the University of California, Irvine before deciding that her future lay in the kitchen. She graduated form the Culinary Institute of America at Greystone and a year later was earning rave reviews as Pastry Chef of the farm-to-table Mainland Inn outside Philadelphia. She joined The French Laundry team in 2015 and was promoted to her current position in spring 2019. Culinary mentors include The French Laundry alumni Chefs Elwyn Boyles and Stephen Durfee.

Originally from Huntington Beach, Sandy has great respect for the agriculture of her home State including The French Laundry’s Culinary Garden which informs her desserts. For Sandy, the dedication and attention to detail shown by her colleagues every day is motivating: “We are a restaurant with a lot of dynamic people all swirling around one another,” she says. “It’s inspiring.”