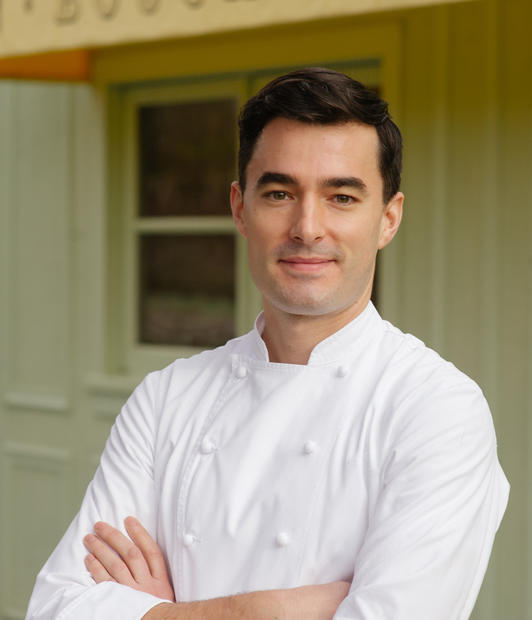 As pastry chef, Nicholas Bonamico leads the pastry team and oversees the pastry production for Bouchon and Bouchon Bakery in Yountville, California.

Nicholas joins the pastry team in Yountville, after spending the past ten years with Bouchon Bakery & Café at Time Warner Center, where his career began in 2006. There, Nicholas quickly rose from chef de partie to pastry chef.

He first developed his lasting appreciation for French pastry and service while working under renowned the chef Laurent Richard at La Caravelle, after graduating from the French Culinary Institute in 2001. Nicholas continues to be inspired by his family, particularly by his father, who gave him both a love for sweets and a respect for food, matched only by a commitment to cleanliness and honoring tradition.

A brief hiatus from cooking afforded him the time to earn an undergraduate degree in history with a minor in Classics from The City College of New York and a graduate degree in theology from Cambridge University in the United Kingdom.