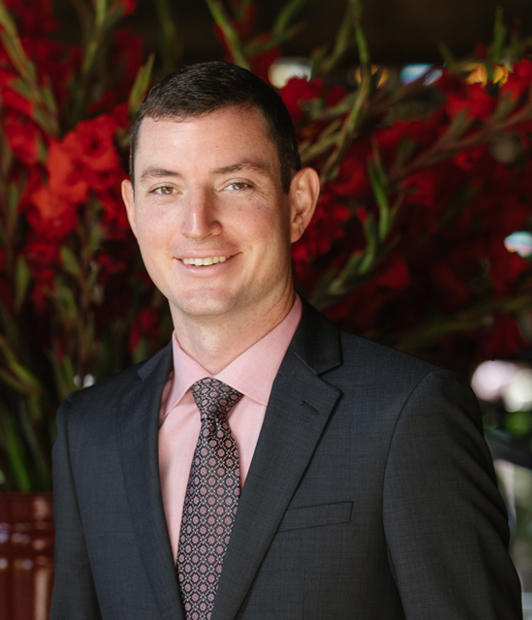 As Regional Manager for Chef Thomas Keller's Yountville based casual dining properties and Bouchon Bakery, Jared Love leads the staff in making memorable experiences for guests as he oversees all the various elements of day-to-day operations.

Most recently, Jared was General Manager of the flagship Bouchon which he joined in 2014—first as a Manager before being promoted to Assistant General Manager two years later. He previously held management positions at The Table Restaurant and Café Zinc at the H Hotel in Midland, Michigan.

He credits the chefs with whom he worked as his first culinary inspirations. These mentorships encouraged him to pursue positions that put him on a path to eventually work for Chef Keller. Dining at The French Laundry while on a trip to California made him determined to work for Chef Keller, and he traveled back to Yountville to apply for a position in person.

Jared graduated from Ferris State University with a B.S. in Resort and Restaurant Management. He holds a Sommelier certification from the Court of Master Sommeliers, Americas.