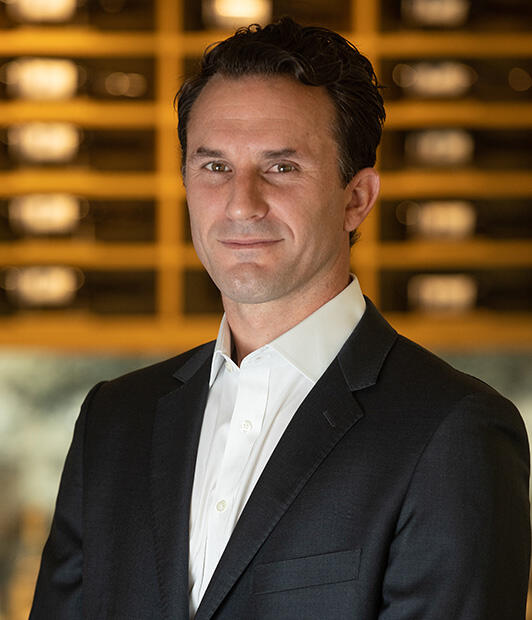 General Manager Robert Caffese brings a depth of operational and management experience to his role at Ad Hoc. During his decade-long tenure at Ruth’s Chris Steak House, Robert was named General Manager of the Year for the Northwest Region and established his location as the company-wide leader in beverage sales and total sales growth.

Raised in Lodi, California, on his family’s walnut and wine grape farm, Robert began working on the ranch at a young age. It was there that he cultivated a deep appreciation for fresh produce and supporting local farmers. Robert’s fondest childhood memories are of the home-cooked dinners he would prepare with his mother: comfort food that focused on American and Italian classics prepared with ingredients from neighboring farms.

Today, Robert and his family reside in Napa Valley, California. He is a graduate of the University of California, Davis, where he received a Bachelor of Arts in Economics.