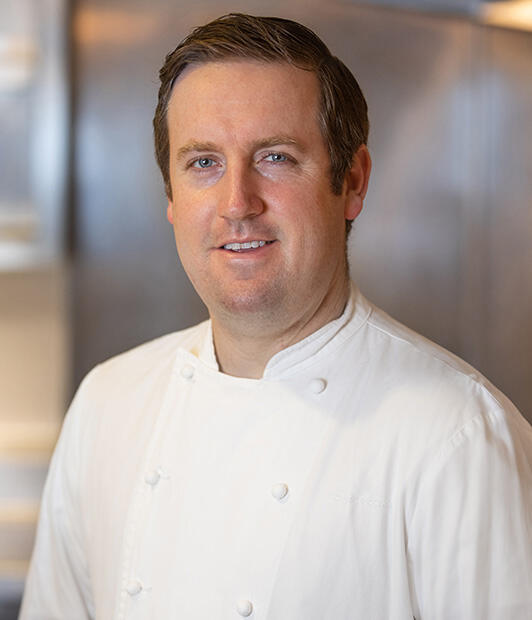 As Chef de Cuisine of Ad Hoc, David Hodson maintains the quality and high standards of the restaurant using the execution and techniques he acquired during his tenure working in Chef Thomas Keller’s kitchens.

David started his career at Bouchon Bistro in Yountville in 2009. With hard work, determination and focus, he was quickly promoted to sous chef. Realizing that he wanted to continue learning, he jumped at the opportunity to move to The French Laundry in 2014, where he started as a commis and worked his way through each station to become a sous chef. In January 2018, David assumed the position as Chef de Cuisine at Bouchon Bistro, Yountville.

After four years at the helm of the Bistro and looking to take on new challenges, in January 2022, David joined the team at Ad Hoc. Like Chef Keller, David also became interested in the culinary profession while working as a part-time dishwasher early on in his career. Witnessing how professional chefs work and collaborate was all the inspiration he needed to pursue culinary school.

David was a 2015 recipient of the Ment’or BKB Foundation’s Grant Program which allowed him to further his career through staging in several highly acclaimed New York restaurants. His education also includes an Associate’s Degree in Culinary Arts from Le Cordon Bleu in Scottsdale, Arizona.