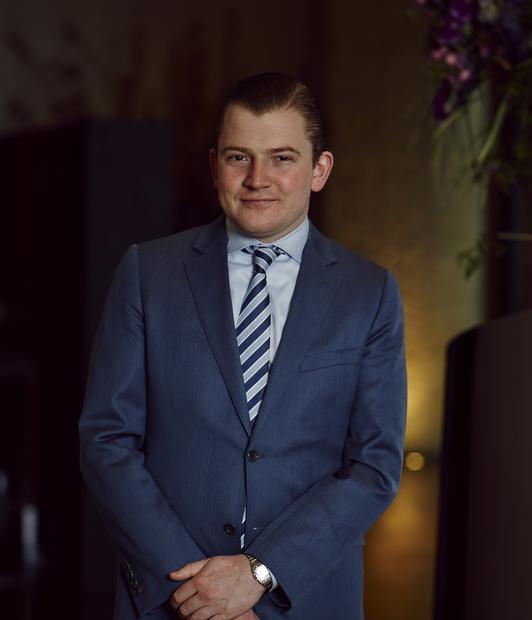 As Vice President of Operations for Chef Keller’s restaurants, Sam Calderbank provides direction and insight to ensure the consistency in the day-to-day operations of Per Se, The Surf Club Restaurant, Ad Hoc, La Calenda, and all locations of Bouchon Bistro and Bouchon Bakery. He also oversees accounting and human resources for these properties as well.

Prior to becoming Vice President of Operations, Sam assumed the role of Director of Operations for Chef Keller's restaurants on the east coast and held the position of General Manager of Per Se in July 2016 after serving as its Assistant General Manager since August of 2014. His finesse in running Per Se has led to ensuring the quality of guest experiences.

Sam originally joined Per Se in 2009 and quickly moved up the ranks within the service team, ascending to the role of maître d’ in 2012 before his management roles. Throughout Sam’s tenure he has shown great commitment to Chef Keller’s service standards and philosophy and is a keen steward of each restaurant’s ethos.

Sam, a native of north-west England, began his career in his hometown of Liverpool, and broadened his experience with roles in Galway, Ireland and London, England. He is known for his work ethic and great understanding of how to provide excellent service; for this leadership, he was named to Zagat’s 30 Under 30 in 2013.