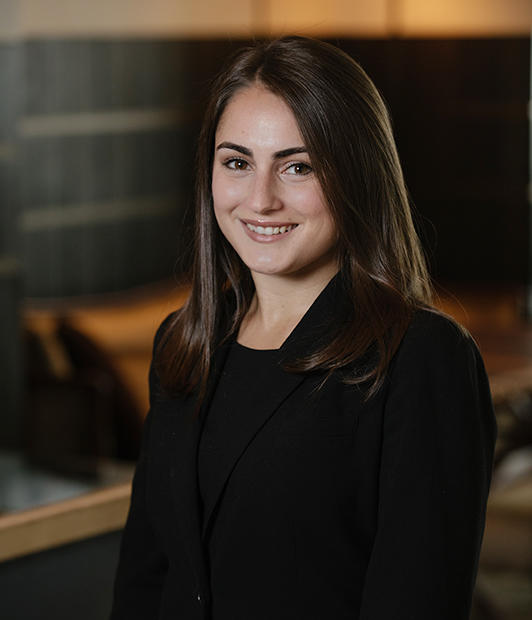 Alanna Parisi assumed the role of Private Dining & Special Events Manager for Per Se in October 2017 after serving as Concierge since 2016. In her role, Alanna oversees the planning and execution of Private Events in the restaurant’s Main Dining Room and Private West Room. She began her career in hospitality at Bouchon Bakery and Cafe, where she started as a busser and worked her way into runner and server positions. In 2012, Alanna joined the Per Se team as a kitchen server and over the next three years, served as an expeditor, back server, cellar sommelier, and host. She enjoys working closely with guests and Per Se’s kitchen and service teams to create unique and elevated guest experiences.